In a yard outside a large white house, a little girl is following a white rabbit down a hole and into a land of wonder and mirrors. And in the halls of the intelligence community, plans for a coup Sabine Parsons is out for blood. Unable to put herself back out into the Cold and escape the intelligence fraternity, she has lost too much, too fast, and all because of the Lodge of the Midnight Sun. Pressing forward with their demented plans for wo The Enchanter's Theorem - 2. Sabine Parsons, is no longer an ex-codebreaker. The intelligence fraternity has taken her back and she is once again code-named Oracle and in possession now of a power that makes her an Oracle in truth.

Her quiet life is well and truly over.

The minute she gets on the plane, her ability to Dream the future returns in terrible force as full blown Night-mares foretelling the end of the World.


The two friends find themselves dropped into the middle of a clandestine war between the intelligence agencies of the world and an organization that would destroy all civilization through the raising of the elder gods of destruction. Paperback , pages. The Enchanter's Theorem 1. To see what your friends thought of this book, please sign up. 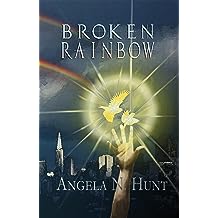 To ask other readers questions about Strange Weather , please sign up. Lists with This Book. This book is not yet featured on Listopia. Apr 14, Kate rated it really liked it Shelves: This was a strong debut novel from an author whom I hope will continue to refine her style and voice and just get better and more powerful. The book had a lot of promise, most of which it fulfilled, and which left me eager to see what the author will do with future novels in the series - because it's most definitely a series opener.

After a few hundred pages of increasing tension, then a very very fast-paced climax and denouement, there's no sense of conclusion.

It's a setup for the next book. Don't get me wrong, I'm really eager to find out what happens to Sabine, Ari, and the rest The author is very good at setting up a horrific fight scene, or appalling villain's lair, or any number of other situations - I want to get to explore these situations a little more, instead of breezing to the next in order to get to the end The characters, particularly Sabine and Ari, certainly feel like fully realized people; they fight and get annoyed and tired and confused, and they laugh and piss each other off and take care of each other.

It's a great example of friendship between women in fantasy, which is something we don't see enough of. Both women are powerful and confident, but also worried and confused and bumbling through life as best they can - you really identify with them, empathize with them, and root for them.

Sabine is a complex, fascinating character. I do wish we'd gotten to know her and her background a little better - the hints of her past are really engaging, and I'm hoping that the next book tells us more about Sabine as a person, rather than just how she reacts in a situation. The plot itself is a breath of fresh air - it's a standard spy thriller about a shadowy group trying to take over the world The idea of an intelligence analyst relying on magical perception and prophetic dreams or Dreams, as the novel styles it is really intriguing, and something I'd love to see covered more in future books - I'd love to read about how Sabine got into intelligence work in the first place, and how magic has a place in something as seemingly mundane as codebreaking.

That's the book's major shortcoming - not its plot, which is tight and swift and engaging; not its characters, which are human and intriguing and in some cases, really really freaking creepy; not its premise, which is delightful love the magic-spy angle, have I mentioned that? The magic system is never explained; we just know that Sabine can Reach to a Source in order to Cast, and that something gives her tingling feelings on her skin at times; we know that Ari has had some past lives and has the power of faith, but we don't know what her own magical background might be; we know that werewolves exist and that really nasty magic users are out there and apparently known to some players in the field, but we don't know how magic works or how much of this is normal - Ari accepts the magic even though she doesn't wield it, really, but how many others in this world accept and acknowledge magic?

I'd love to know more, and I'm hoping that future books will give more of a background on the world and the characters. Speaking of Reaching, Casting, and so on - that's my stylistic quibble with this book.

I would've enjoyed it a lot more with fewer capitals Dreams, Reaching, Casting, and the Source were one thing, but "coming in from the Cold" and "putting my Game Face" on didn't feel like they needed to be capitalized; it annoyed me a little, and pulled me out of the story.

Same with some formatting errors underlines instead of italics and typos. I'm very, very picky about such things, though, and while it pulled me out of the story, it might not for you - the characters and plot are certainly strong enough to keep you engaged. If you like spy thrillers, magic, and strong female characters - and you love a good, ripping post-Cold War thriller about saving the world - you owe it to yourself to give Strange Weather a try, and to stick around to see what the author does next. I have a feeling it'll be worth the ride. Nov 11, Julia rated it liked it.