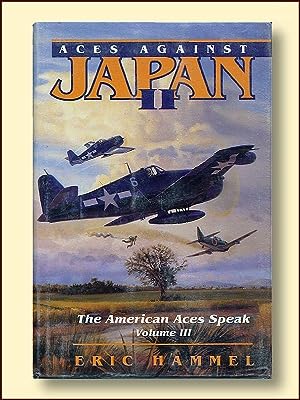 
From the attack on Pearl Harbor on December 7, , to the last dogfight over Kyushu on July 2, , America's fighter aces blasted their way across the skies of the Pacific and East Asia-- hurling their Warhawks and Wildcats, Lightnings and Thunderbolts, Mustangs and Corsairs-- against the best enemy ever sent aloft. Now, in their own words, forty American eagles vividly recreate the terror, exhilaration, and ultimate triumph of their crusade for airborne supremacy.

Stalk the air with 1st Lt. Jack Jones in his P, as he employs his bird-hunter instinct in the pursuit and destruction of the deadly metallic vultures of the enemy.

Race with 1st Lt. Ride with Ensign Wendell Twelves on his first engagement in his Hellcat as he rescues stranded American airmen from the Pacific below-- and marauding Zeros above. Paperback , pages.

Aces of the Imperial Japanese Navy

This book is not yet featured on Listopia. No one writes about air combat as well as Eric Hammel, he has a gift for taking the reader right into the cockpit, where they can feel the adrenaline and sweat.

In his Aces series, he has collected the first-person accounts of WWII Aces, while providing the historical context for each story. In the first volume he presents the stories of 40 Pacific Aces.

Feel your heart beat with anxiety as an injured Ensign Ed Wendorf races against time to land his damaged Helicat aboard the USS Lexington before he bleeds to death.

And thrill to the hunt as Pearl Harbor veteran 1st Lieutenant Frank Holmes seeks personal revenge against Admiral Isoroku Yamamoto on one of history's most important and most thrilling fighter missions. Aces Against Japan II is a highly charged excursion into life and death in the air, told by men who excelled at piston-engine aerial combat and lived to tell about it. In sum, it is an emotional rendering of what brave airmen felt and how they fought in the now-dim days of America's living national history.